Life is funny sometimes. Little kids drop ice cream cones, people in general often run in to screen doors, there’s even the occasional moment when one might trip going up the stairs. Kahlen could expect those things, deal with them even. But what she didn’t expect, not even in her wildest, horrific nightmares, that just as something so terrible could happen, something so wonderful could follow after it.
When Kahlen Thomas has a difficult time dealing with the loss of her best and only friend, she has hopes that the new boy at school, Kennley Morgan, will be the perfect distraction from her pain. She slowly realizes that Kennley doesn’t as much distract her from her problems as much as he adds to them because of his own interesting past.

During the month of February 07 to March 8, 2011, Paige Agnew will tour cyber space to promote her book Starless Sky.

Win a copy of Starless Sky! Visit participating sites to find out more 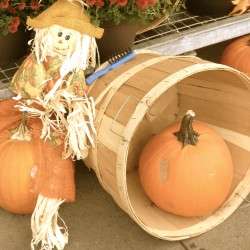 Halloween Must Have: Keeping your Pets S...