Gina Gold is an Afro-Jewish writer, performer and activist who spent five years in San Francisco’s sex industry, starting out as a phone sex operator, then becoming an exotic dancer at the Lusty Lady, the Market Street Cinema, and the Mitchell Brothers’ O’Farrell Theater.

Since leaving the sex industry she has remained active in the Bay Area sex workers’ community, sitting on the advisory committee of the Exotic Dancers Alliance, a labor-rights advocacy organization, and working to set up a peer-counseling program at the St. James Infirmary, a 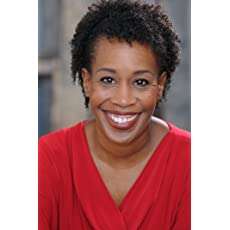 clinic for sex workers. She has a lot to say about the complexities and contradictions of getting naked for cash.

For the last few years she has been touring in a comedy show called You’re Funny, But You Don’t Look Jewish as well as hosting her own live storytelling series, TMI.

Gina released part 1 of 3 of her first science fiction novel titled, “Emergence: Blue Ormus“. The book touches on themes and ideas that are important to Gina such as: women empowerment, animal rights, tappping into your deepest potential, and getting unstuck. A small reflection of her own life experiences, she hopes the story can help give a voice to women of color and inspire them to feel empowered

Who is your intended audience?

What inspired you to write the book?

I  wanted to write a book about a woman of color who is a superhero. Mainly because as a child I often felt disempowered and I wanted to create an empowered character that I thought would inspire women.

What was the inspiration behind your writing and was there a life-changing event?

I was inspired to write the book for any living being who has been marginalized or disenfranchised. I was inspired after working at the Lusty Ludy, a feminist run peep show formerly in San Fransisco.

Did you learn anything from writing your book and what was it?

I learned that by staying open-minded and getting my ego out of the way I was able to let the story unfold and evolve into what it was intended to be.

How does Blue Ormus inspire all women?

Blue Ormus is all about empowerment. If you are a women looking for a
compelling superhero story featuring a woman of color that also tackles
progressive ideas, delivered in an easily accessible and serial format, then
Blue Ormus is the only place that you can get it!

Who is the main character of this book and what type of super power does she have?

Arianna is an almost eighteen-year-old young woman with the ability to astral project into other people’s past and help heal them from trauma. She can also fly and communicate with animals.

Where can we purchase your book Emergence: Blue Ormus?

The book Is available for purchase by visiting my website or Amazon. 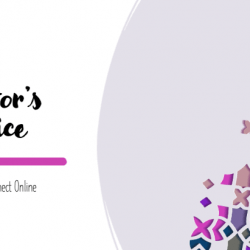