About the Book Vengeance In the Wind

In the sixth story of the “Wind” series, we see the softer side of Megan, as she feels haunted by some of the events that has happened to her 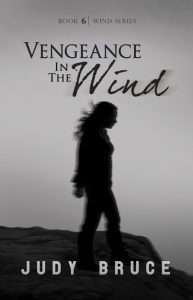 in her past. We quickly feel empathy for her as she has been shot at, divorced, knifed and solved many murders and family mysteries. In this series, following a trip to the Pine Ridge Indian Reservation, Megan Docket, a young attorney, is nearly raped. Megan’s life continues to live in the fast lane in western Nebraska. While helping her friends plan and execute a haunted house. At the haunted house opening, the house was full of Zombies, Witches, Dracula and noisy kids who wanted to be scared and receive treats. Nobody heard the gun shot that sounded. Megan intuition never failed her, and other family members have learned to believe in her intuition. She warned her family that something bad was going to happen. Megan’s private detective skills came into play as she quickly recorded the participants who were at the house and went downstairs at the time of the murder. She asked the kids to leave and sure enough she found Trent Maxwell lying in a pool of blood. Megan did not trust the sheriff assigned to the case nor the overzealous prosecutor.
Some of her family and friends were within the range of the estimated gunshot and the location of the killer. Worried that her family and friends who were standing close to Trent might be accused of the murder she decided to legally represent them and help expose the killer. The mystery continues as a murder weapon found at the haunted house did not kill Trent and it is discovered that someone is in fact impersonating Trent.
When her mother and her law firm staff are held hostage by the killers and her husband is implicated in murder, she uses her wits and becomes a heroine in order to save her loved ones.
The previous five volumes in the Wind series are Voices in the Wind, Alone in the Wind, Cries in the Wind,  Fire in the Wind and Lies in the Wind.

Judy Bruce is a resident of Omaha, Nebraska, USA, where she lives with her husband, daughter, and autistic son. She has a law degree from 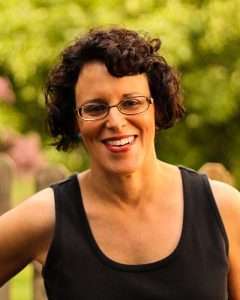 Though the titles to Judy Bruce’s ‘Wind’ series of books changes, the book covers do not change, Letting the reader easily identify each book as part of that series. Excellent marketing tactic listing the other books that are part of the “Wind” series at the beginning of the book. Judy Bruce’s writing style is very descriptive, motivational, empowering women with her dry sense of humour that keeps you laughing throughout the book. The role of the main character, Megan, changes throughout the book series. In each series we learn more about Megan as a person. In this series, we see the emotional toll on Megan’s mental health. We immediately feel empathy towards Megan and admire her courageous deeds. From speaking up against racism, protecting her friends, and family, to taking in strangers and giving them homes. We form respect for Megan as we see how valuable she is in solving this complex case and many other cases. As an attorney her firm has grown, and she is actively involved in her community.  The police have relied continually throughout the book on her intuitive observations and her keen detective skills to help solve the murder of Trent Maxwell.

Megan empowers women throughout this book and her book series. She is financially independent, successful, smart and intuitive. A great marketing strategy, this book mentions incidents that happened to Megan in other book series and associates them with present events. Arousing interest for the reader and giving incentive for them to read the other books in the series to fully understand Megan. Once reading other books in the series we fully understand and respect the power of Megan’s psychic ability. Because time has shown that her intuition is always right. This is a great book for horse lovers and lovers of mystery, suspense and adventure books.

Is there a movie in the works? There should be!  This book will leave the reader hanging on the edge of their seat! You can learn more about Judy Bruce and her writing by going to her Website, Amazon and other retailers.